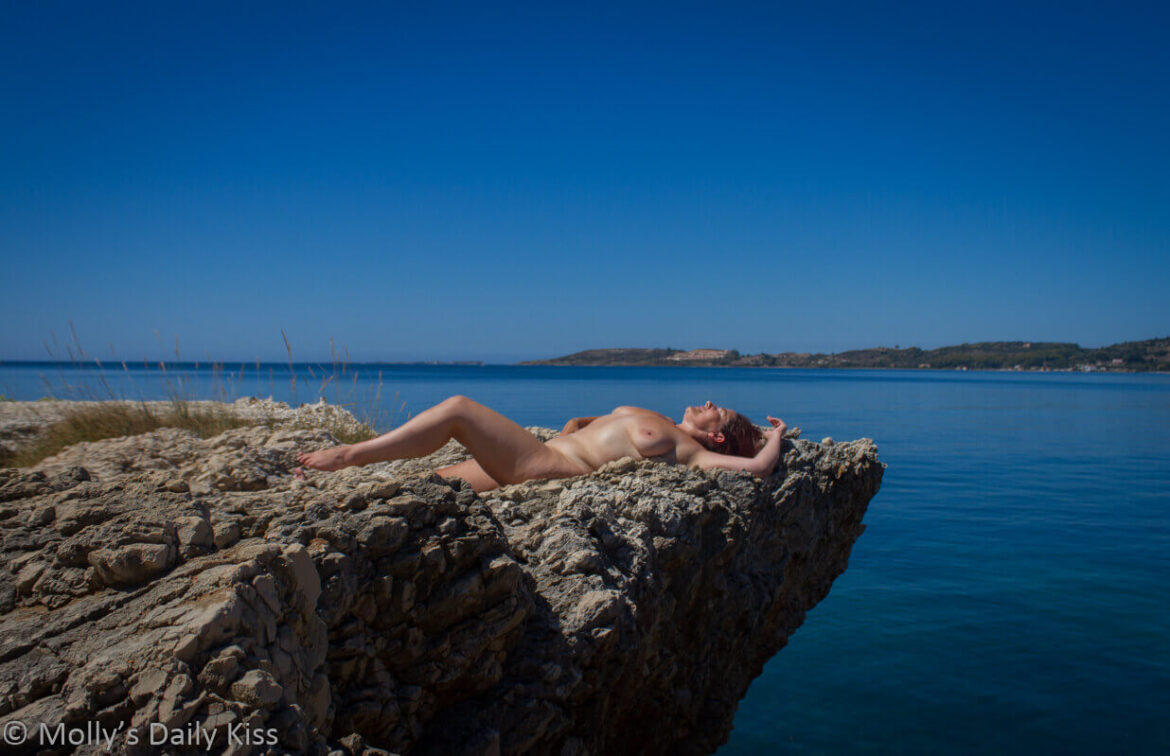 “When summer gathers up her robes of glory, and like a dream of beauty glides away.” ~ Sarah Helen Whitman

I nearly posted this earlier in the week when I wrote about my love of the sea but decided against it as although the sea is a prominent feature I am not actually in it unlike in the image I did post but this one definitely deserves to be seen.

It is a rare shot taken by Michael as there was absolutely nowhere for me to put my tripod that was safe. Also those rocks which I look fairly comfortable laying on were actually like razor blades. I had to wear my flip flops to get to the spot, they are tucked out of the shot beside me and even though I was laying on my dress I could feel it cutting into my skin. I have never felt rocks quite so vicious before so this was a one shot only affair and luckily that one shot came out pretty damn good.

I also thought this one would suit as well it feels a bit like summer is waning. it definitely getting darker earlier and the temperature is dropping especially at night and so before it is time to throw on more clothes and start raking leaves I thought one last summer hurrah seemed like a good idea.

Once upon a time

Howl at the moon

These next three months (until our cruise in December) are going to feel like forever!! I want to be there now, and this image just heightens that feeling. Beautiful shot, you two.

/David Attenborough voice:”And here we see the lizard in its preferred habitat.”

You do look tentative lying there, I can almost feel the rocks. Fabulous shot, Michael, your Siren is sexsational by the sea.

This shot is incredible – the different shades of blue to the contrast of your soft skin and those harsh jagged rocks. Oh and I can literally feel my screen radiate x

Wow, this is beautiful

Such a gorgeous shot – the blue of the sky and the ocean are remarkable and the contrast of your skin and the ragged rocks is perfect. Excellent! I do know what you mean about the wane of the sun huh xx

What a wonderful shot!

Such a glorious image! Your suffering from those rocks was not in vain. Absolutely stunning. And most appreciated when the weather certainly is a far cry from summer where I am today. All the images with sunshine in are making my day x

Oh, the things we do for our art! But damn Molly, this is such a stunning image that I can totally understand why you wanted to post this for a Sinful Sunday. It’s brilliant!

Such a beautiful image, the contrasting colors and textures work perfect together!

You look glorious here Molly. What an amazing place for a photo; stunning in every way 🙂

Oh, Molly – this is glorious.

But it was worth the razors for that image! You know I love everything about this and I miss the warm sun so much!