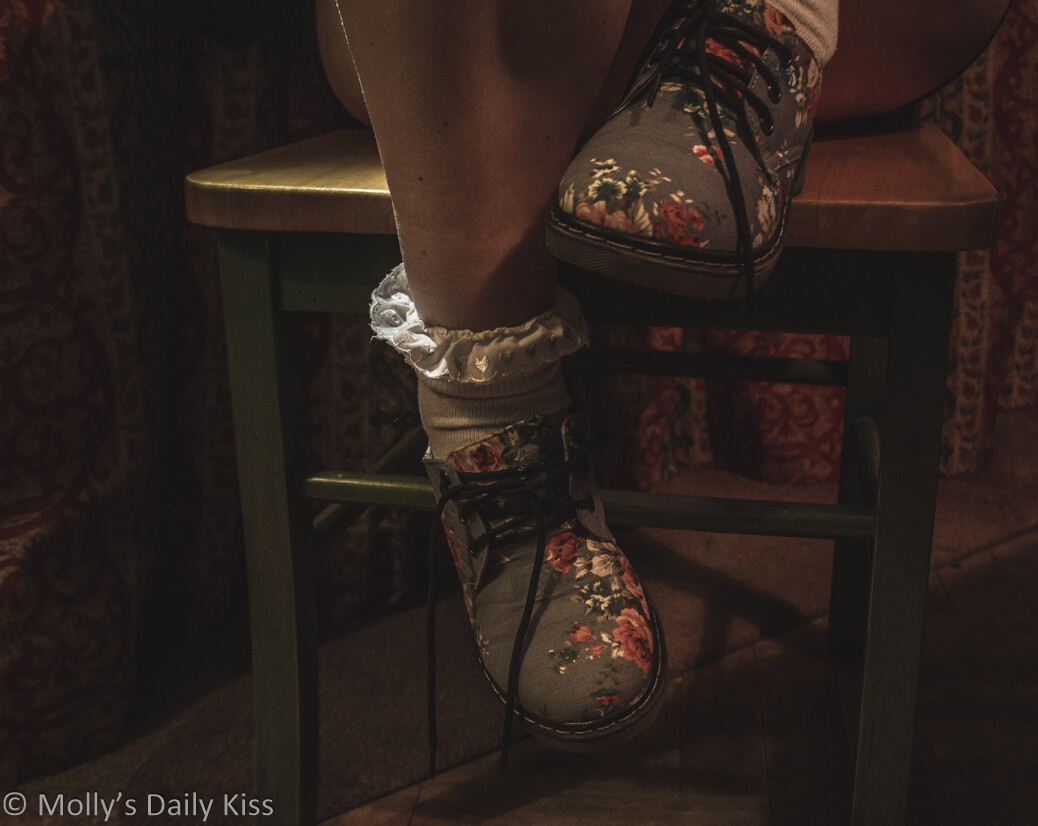 Just so you know this story contains themes of infidelity and dubious relationships with an age disparity.

Penny quite liked being Joanna’s friend but Penny hated Joanna’s Mum, Carolyn. She was pretty sure she was not alone in those thoughts either despite Carolyn appearing to be popular. She was one of those women that everyone wanted to both be and to destroy because she was so damn perfect. She had the perfect hair, perfect nails; perfect make-up all plastered on a perfect body, parts of which had cost her husband Jerry a rather large sum of money. She had a perfect car, a perfect and beautiful house, she ran the local women’s lunch group perfectly and was well known for raising money for local charities with her hugely pretentious but successful events.

Carolyn liked Penny though because was the perfect friend for her daughter; quiet, polite and studious. She definitely didn’t outshine Carolyn’s daughter but nor did she risk leading her astray. However what Carolyn didn’t know was that Penny was also the perfect candidate to be fucking her husband.

From Penny’s experience it seemed that he was not that keen on a face covered in power or hair held firmly in place by clouds of toxic hairspray and as for the silicone filled tits that sat high and proud on Carolyn’s chest well it seems those were not really his thing either not if his enthusiastic appreciations for Penny’s little pert titties was anything to go by. No Jerry liked young nubile bodies, slender milky white thighs, long dark chestnut hair that he could wind his fingers through and grasp in great handfuls, and short little skirts and cute little white socks that make someone look much younger than they actually were.

Of course Penny had only made these discoveries fairly recently but they had been fun discoveries to make. Jerry had a home office and luckily Carolyn was out a lot organising everyone around her so that they were fully aware of how awesome Carolyn was. Their daughter, Joanna, was also out a lot because meeting up with her real friends, who Carolyn would definitely disapprove of, meant doing so as far away from home as possible. That gave Penny, who had played the role of her cover up friend to perfection for years almost free reign to call in on Jerry whenever her heart or more honestly her throbbing cunt desired.

Jerry was always happy to see her and had passionately spent the last 4 months teaching Penny all sorts of filthy new skills which she would later in life use on a series of unsuspecting and mainly disappointing men. Much to her surprise, and possibly Jerry’s too Penny quickly developed a taste for cock. Prior to tasting Jerry’s she had not really had any desire to do anything with the opposite sex but that was because they mainly bored her and she found absolutely nothing attractive about their youthful bodies and copious use of odorous body spray. What she had not realised is that was because she liked men, and not boys. She liked the way Jerry looked at her as if she was a miracle, the way he talked to her as she was a person, the way he seemed to know her body better than she did and the way he made her feel safe and desirable and clever and cute and sexy all at the same time.

I really enjoyed this piece. I loved the irony and also the secret and overlooked naughtiness of Penny. ?

I loved this story, Molly. Your descriptions of Carolyn was… perfect. I liked the Jerry angle and how you set the stage.

I also like the illustration, for knowing that it is you in those little white socks and perfect little schoolgirl sneakers makes it even more arousing.

Looks like we both featured socks, Moll… tho I believe to very different ends. (grin)

Pure debauchery…and I LOVE it!