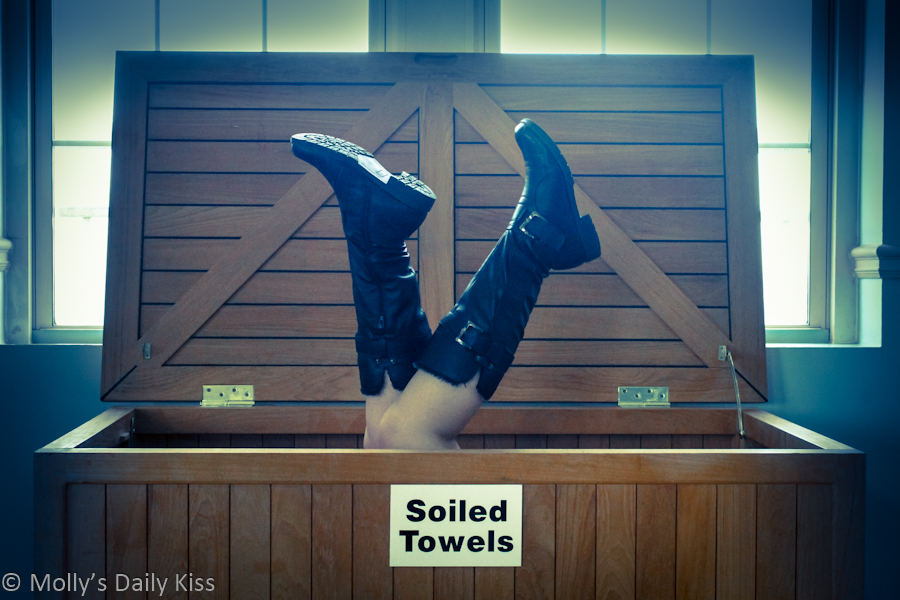 I have had these images ready to post for ages now but I am rather glad I hung onto them to be honest as they fit perfectly into the A – Z Blogging Challenge. They were taken in Atlanta when we went to EroticonUSA. We stayed in a rather grand hotel called The Georgian Terrace which, much to my delight, was the hotel that the cast of Gone with the Wind had stayed in for the premier of the movie. Sadly I am fairly sure that our teeny tiny (and I really do mean that, even by UK standards it was one of the smallest hotel rooms I have ever been in) was probably not the room Vivian Leigh or Clark Gable stayed in. In defense of the room though it did have an amazing floor to ceiling mirror and also a truly stunning view over the city.

The hotel also had a couple of other truly lovely features; A roof top pool, which you will get to see more of very soon, and a gym on the top floor, with picturesque windows and no-one, and I mean no-one ever in it. You had to walk through the gym to get the pool so after 4 days of doing just that and seeing no one we decided it would make the ideal Scavenger Hunt location

So an outfit was selected and off we went… 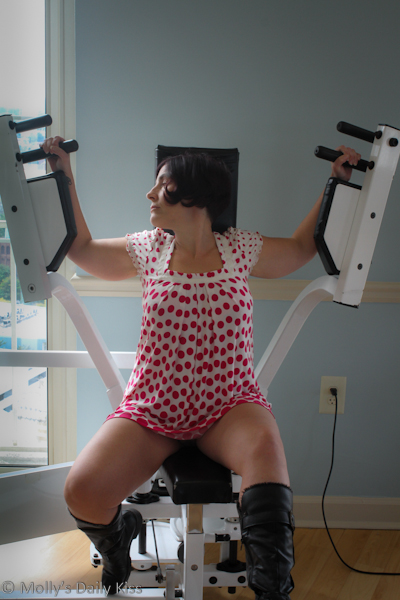 Starting with a couple of safe pictures to set the scene 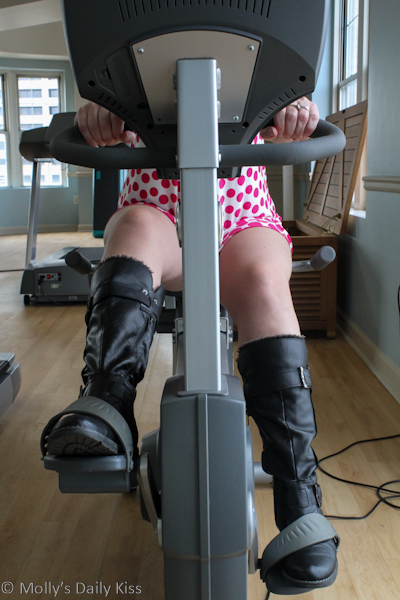 Did I mention that panties were not part of the outfit? 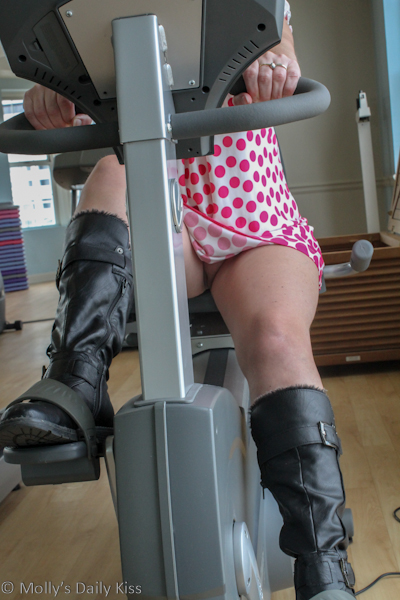 Nothing like bending over backwards to get a Scavenger hunt image 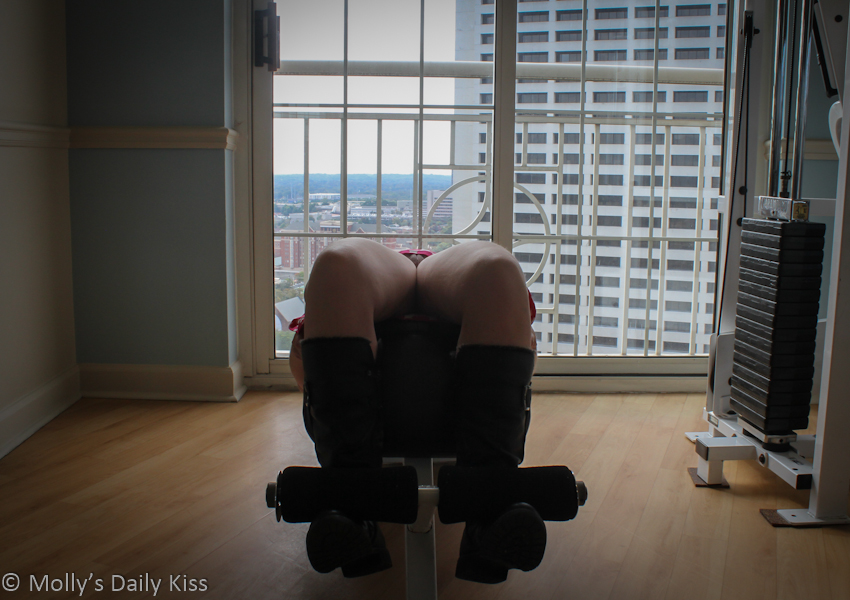 And I have always been attracted to playing around with balls 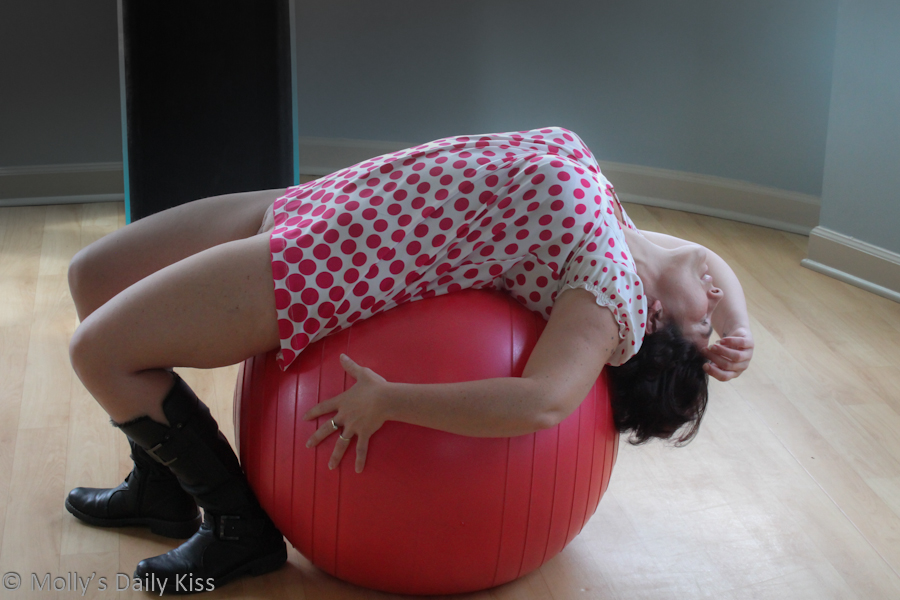 However it was at this point that things took an unexpected turn as we were suddenly joined by a member of the housekeeping staff who started emptying the towel bin, folding clean towels for the table by the entrance and generally tidying up. We hung around for a little bit but we just felt to conspicuous and ended up heading to the roof terrace to enjoy the view and wait for her to finally leave again. 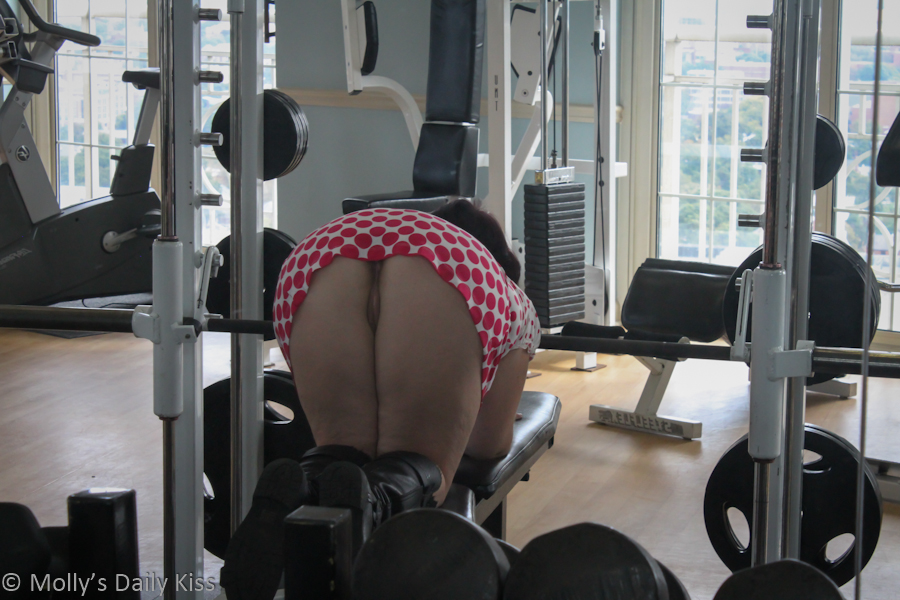 Before finally throwing in the towel…

In case you are wondering about the title of this post (which probably means you are not a Brit) then you might be curious what a Gymslip is. This is number 64 on my Scavenger Hunt list

Oh these are just brilliant and that last image had me grinning all over my face! I hope all the smelly towels had been removed!!!

Oh I love this! The fun is evident in your pictures!

Love these, Molly! The boots are fab, as are the pictures. Particularly tickled by the look on your face in the first one, and you as a soiled towel. 😉 XX

*cracks up* Fantastic photos – I love them all, but particularly the last two. Definitely a Scavenger Hunt addition!

Oh my goodness, that last one was so great! I love it

this is fantastic and I may never look at teh gym the same way again!

My goodness, this gets my cardio going!