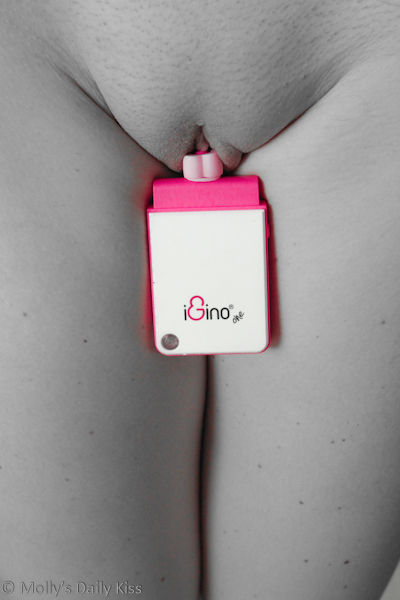 EDITED This item seems to no longer be in production

I have had this snazzy little a toy for a while now and really should have written this review ages ago but as the saying goes, better late than never so let’s get on with it and talk about the iGino one.

As I have already mentioned in general vibrators are not really my thing. I used to love them until one day I noticed that I could no longer orgasm without one and so I tucked them away in my naughty draw and re-taught my body how to cum using my fingers. It took about 3 weeks and made me realise that using vibes too much actually had a long-term negative effect on my ability to orgasm. The point of telling you this is to explain why in general I am not a vibe kind of girl. I have certainly tried a few since then but in general I find them to be cumbersome, almost intrusive to my orgasm, like they are rushing me, demanding it be quick. I prefer my own pace, the one directed by my finger.

So where does the iGino fit into this story. The short answer is maybe going to surprise you but I LOVE this thing. If I could only have one vibrating toy it would be this one.

It comes packaged in a beautiful box, not unlike those used for a new phone. You get the toy itself, a charger cable (more on this in a moment) a lovely little black drawstring bag to keep it in and a little foam ring to put onto the nub of the vibe if you want to calm things down a bit, which for me turned out to be essential as this is one seriously powerful little box of delights.

You can charge the iGino by either plugging it into the mains using the adaptor or (and this is a feature I truly adore) by pulling out the usb plug from the bottom and sticking it into your laptop. It takes a bit of time to charge but once it is done we have found that it lasts ages before you need to do it again. How long that will last over time we shall see but currently it is pretty impressive.

The first time I used it I realised very quickly that I was going to need the extra foam ring as a bit like the Hitachi it was threatening to vibrate my clit right off and that is not something anyone wants. For me to cum I need a very specific amount of movement and it has to be directly on my clit, anything else just won’t work for me. The makers of the iGino claim this has been designed to mimic that action of the finger directly on the clit and I think they have done an amazing job, albeit with some serious power. If you like direct clitoral stimulation then this really is the baby for you. However if making too much noise is an issue then I am warning you now, this is not a quiet toy. It vibrates with speed and power and sounds like it too. It is not an issue for us and so we were not bothered but if you are looking for a stealth orgasm you are not going to get it with this toy. Although it is sized in such a way that you could easily carry it around with you in a fairly small hand bag sadly using it for a discreet wank in the office toilets is probably not going to be on the cards unless you can guarantee the walls are thick and no one else is going to come into the room. 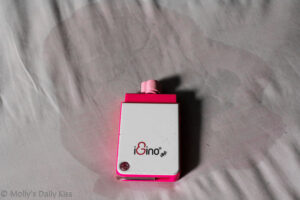 So in summary the things I love about the iGino

I do have two things that I would love to see them change about this toy.

1. I would love to see a two-speed switch, so that you could start off with half the power and then crank it up a notch when you needed it rather than starting out with it at full power which, even with the foam head attachment on, still feels a bit like you starting with dessert rather than enjoying a starter and main course before hand

2. Provide more than one of the foam heads because for me, if I lost that, I doubt I would use this toy very much and whilst we are on the subject of the attachments I would love to see more than one design, maybe something larger that would cover a bigger surface area and turn it into an almost massage like head and a smaller but softer than the current attachment that again could be used to build a slower start to things rather than going full-out from the start.

Currently this item is not available to purchase anywhere 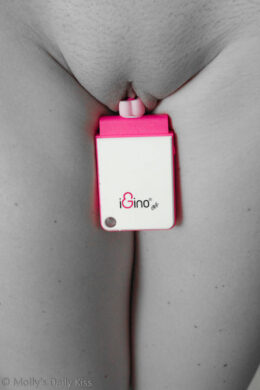 Ps… I was sent this toy for free. I never promised a review as I just don’t work that way but they got one anyway because it is just that good.

I’ve been able to ignore all the fans of this thing by focusing on the noise and the colors, but that picture of your puddle has shattered that. I must have this!