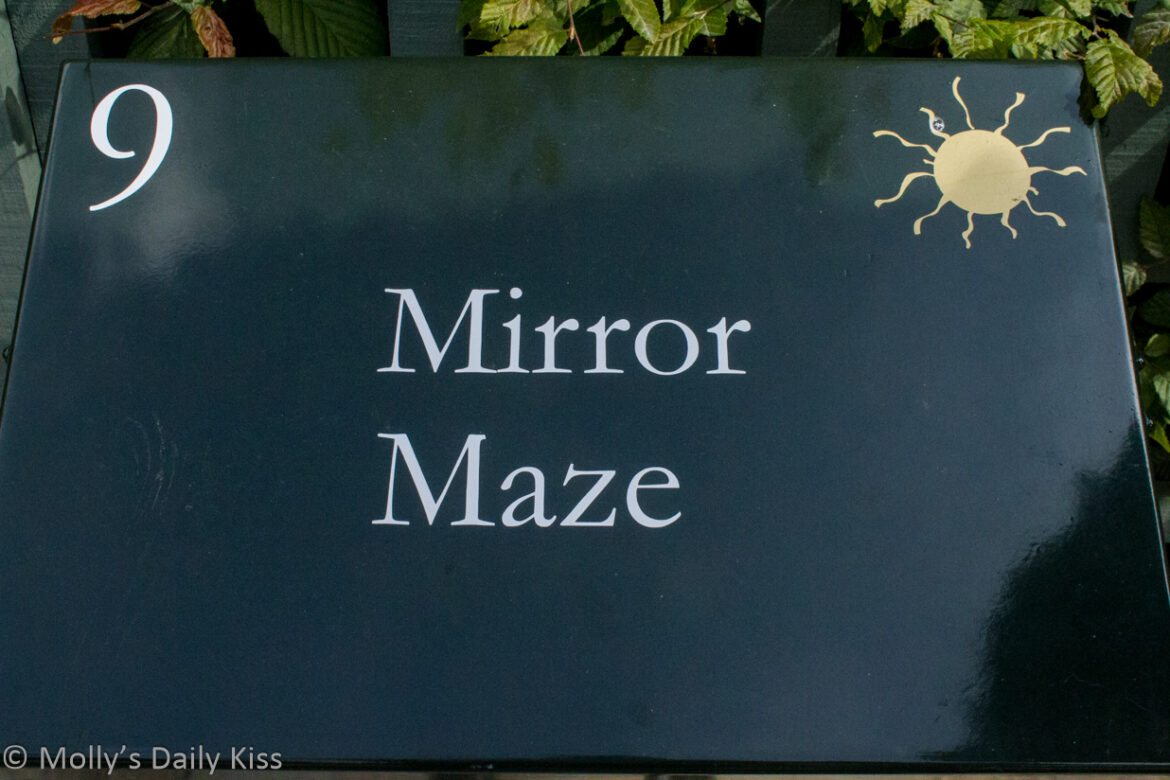 When I was looking through the Scavenger Hunt location list on Bee’s blog for potential locations that I have not done yet I noticed that Maze was on the list but my name was not down as having done it and yet I was absolutely sure I had taken the appropriate pictures at one point so off I went into my photo archives to see if I was right or not.

Turns out my memory was not deceiving me but why I never posted them here? I got nothing. I can only assume that I wrote it some to-do list somewhere which got misplaced and I subsequently forgot about them until now.

We found this mirror maze at Burghley House in Lincolnshire. We didn’t go there expecting to get any Scavenger Hunts but when we saw this I was determined to try and get something. Luckily the pathways were fairly narrow and there was lots of mirrored dead ends which were fairly easy to block yourself into so that if anyone came what they would see was Michael’s back and not me with my tits out just around the corner.

However like so often with Scavenger Hunt pictures it was a location for me and my tripod and so as this image clearly shows Michael was the camera monkey (his words not mine) on this occasion. I love how the mirrors distort this image so we look like we are standing next to each other when in fact we are in two different sections of the maze

And love this one for the triple breast effect. Can you spot the third boob?

I am so happy I found these pictures and can add them to my Scavenger Hunt tally which now stands at 87 locations.

We Didn’t Start the Fire

Oh this is so cool, although I don’t think I’d ever find my way back out again!