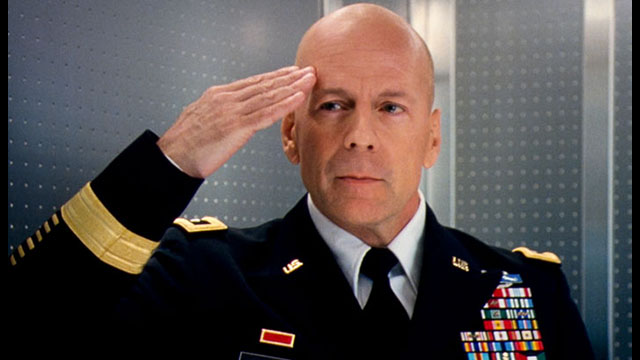 “We know, Mr. Weller – we, who are men of the world – that a good uniform must work its way with the women, sooner or later. In fact, that’s the only thing, between you and me, that makes the service worth entering into” ~ The Posthumous Papers of the Pickwick Club, Volume 2, Charles Dickens

Clearly the idea that a man in uniform is alluring is not a new one as this passage by Dickens illustrates. I think it is all too easy for us to think the sexualisation of things are a fairly modern-day event but in fact humans have been doing it since the beginning of time and the concept of uniforms being sexy is not a new one. It is a concept that Hollywood has milked for all its worth though. There is barely an actor or actress alive or dead who has not donned some sort of uniform at least once for a role.

Now I would be lying if I said a man in uniform does absolutely nothing for me because I can appreciate the look as much as the next person, there can most definitely be something eye-catching about it. Of course it does depend on the uniform, I can’t say I have ever taken a second glance at a male Air Steward and Police uniforms leave me cold too but Pierce Bronson dressed in Commander Bond’s full dress uniform most definitely gives me pause for thought.

Having said that is it a kink for me? Nope, yes I can see the appeal and I can appreciate how certain uniforms can look sexy but that is about as it. I do have a fairly filthy fantasy that involves a medical chair, stirrups and being ‘examined’ but even then the person doing the examining is, in my fantasy, faceless, it is what they say and do that is hot to me, not what they are wearing. The medical gloves however are another matter entirely. I have no desire or need for Michael to dress as a doctor for this little game to be hot, in fact I have a feeling that it might actually turn it from being super hot to being comical and basically kill the whole thing.

When it comes to me wearing uniforms the same is pretty much true apart from one notable exception. I do on occasion have a bit of a thing for the school girl look which is good because so does Michael. Apart from that you are never going to find me wearing a snazzy little nurses outfit or some sort of military get up, but you might find me paying a nod to the secretary or librarian look some times but that really is about as far as I go when it comes to dressing up in a uniform.

I agree with this. Someone dressed smartly, uniform or not, is lovely to see but that’s about it for me.

I did giggle at the comedy aspect if Michael were to dress up, I’d be exactly the same!