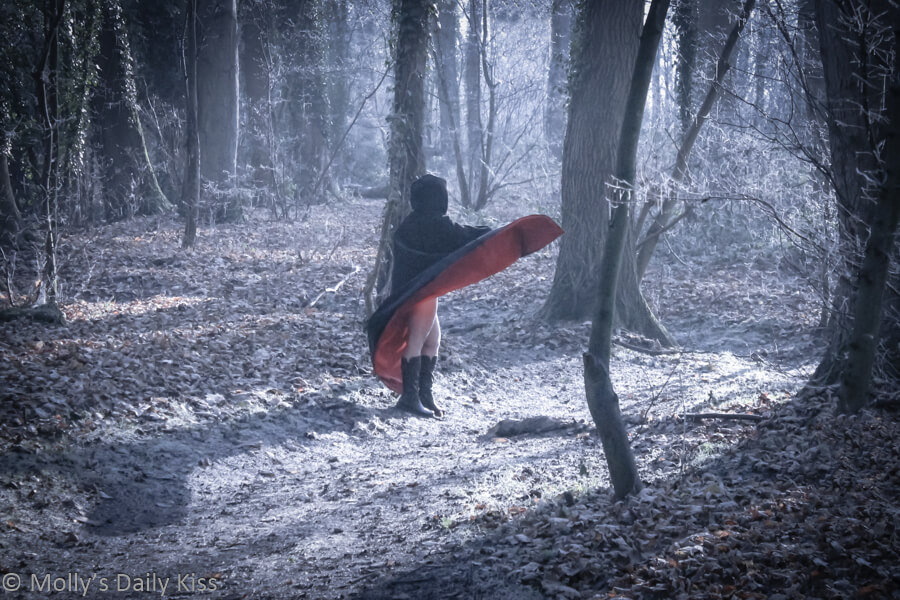 Time for some more Throw back Thursday action and this week I have picked an image from back in 2013; Hunted. I have always been fond of this picture but it has also always been on my list of images to re-shoot. When I took it I was relying on the camera’s fully automatic mode but since then I have learned a lot and now always shoot in manual and so I know that I could hugely improve on my previous attempts. However, winter this year in the UK has been extremely wet and grey but with barely a frost in sight and certainly not a deep, hard enough frost to penetrate the woods like it had done in the original photo, if winter should ever come this way again I promise I will make the most of it and attempt a new version.

In the meantime I offer you the new edit. I have softened it all slightly which I think has given a slightly more storybook feel and altered the tones to bring out the whiteness of the frost. I have also done a couple of other tricks in Photoshop (none of them to me) to remove some distractions. I won’t tell you what they are but if you have a keen eye and want to be bothered comparing the two, maybe you will spot them.

D is for Decorations….

I love this. I have plans for something similar if I ever get a dry enough day to go walking in the woods 😀

A great and mysterious photo!
(You make such photos alone with a tripod?)

Yes I do, just me and a tripod and a remote trigger.

I still absolutely LOVE this image!

It’s a fantastic self portrait! The new edit definitely feels colder & as you said, more storybook. Also I spot some of those edits you mentioned. 🙂
xxPenny

I love the serenity in this picture, and the way you’ve positioned yourself!

Love this new edit! The removal of a few bits has enhanced this perfectly!

I have to be honest, I don;t see anything else other than you. The beauty of the frost, the winter, is a perfect frame for that splash of red.

So red riding hood. Where is the big bad wolf? Or the huntsman coming to rescue you?
So many story mashups this makes me think of, sees goldilocks running down the path ready for mischief 🙂