Blog Days of Summer 2020Lingerie is for everyoneThe Gentleman 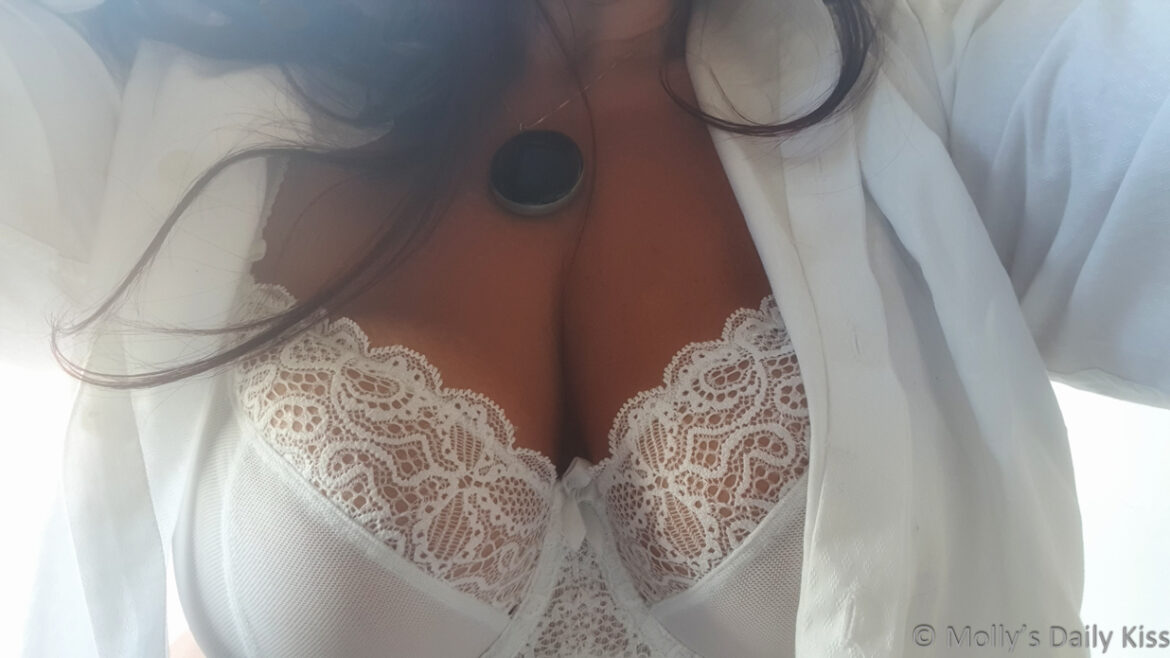 There is something utterly delicious about a man in a pure white shirt especially at the end of the day when the top couple of buttons have been undone and the sleeves are rolled up. Although the act of rolling up his sleeves, done at the right moment, can make me shift in my seat. Many years ago it was used very effectively to get inside my head. Years later that simple act still has the power to turn me on.

But back to crisp white shirts that fit well; That outlines the shape of his shoulders and hints at the slight curve of a bicep. That hangs lose and yet fits his frame all at the same time. Buttons that make me imagine what it would be like to slowly undo them and reveal what has been framed by the fitted fabric of that shirt. First his chest, then stomach, following my fingers on the buttons with my mouth on his skin until eventually all that is left is to push it from his shoulders.

He leans forward a bit as he talks offering a tantalizing glimpse of his chest at the open V of his shirt. I find myself leaning in imaging me lips against the warmth of his skin and breathing in his scent. I can’t undress him here but I could do that, just a fleeting touch between two lovers. No one would think anything of it and even if they did who cares. The man in the white shirt is with me. Or maybe more important I am with the man in the crisp white shirt. Can’t you tell by the way he looks at me?

“You know what is sexy?” I ask

“No, what?” he replies, his dark eyes appraising me

“I have a lot of them, they are my favourite. I like wearing a white shirt” he responds. What about you?

“Yes I like wearing one too” I reply reading his mind, not that he realises that yet

Oh I know you don’t, and the answer is still yes. The only question is white, black or red underwear?

Because there is something utterly delicious about a man in a pure white shirt than can only really be improved upon by getting it off him and onto you.