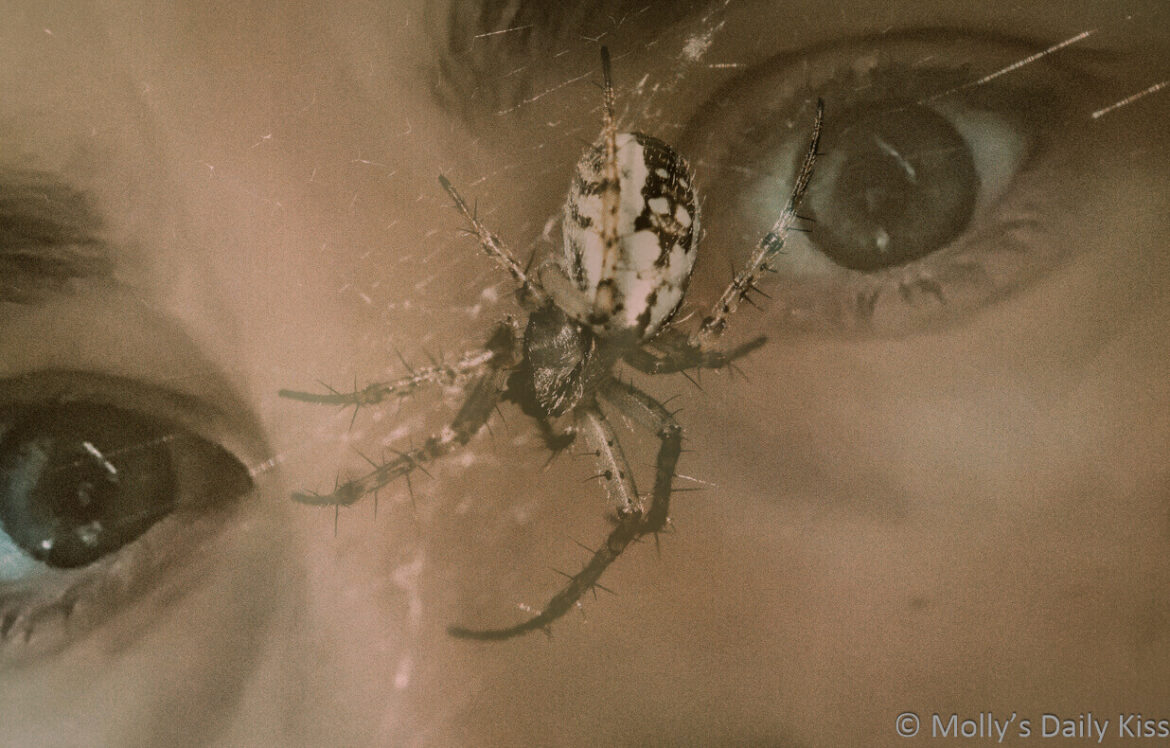 Tan had walked for many hours. His destination was the market in the big town. In his bag he carried the precious wooden sculptures that his Grandmother carved all through the winter. In the spring he would set off for the long journey to the town to sell her amazing woodwork and return home with enough money to sustain them until well into the summer when he would make the journey again.

He always took the same route but this time he made a mistake. He never knew how, or when, but one moment he was on a path that he knew and the next he wasn’t. He felt no panic though, the path was beautiful, lined with trees that were covered in pink and white blossoms that swayed in the wind and every now and then fluttered down around him like delicate confetti. And the sun hung in the sky at the right place telling Tan that even though he didn’t know this route it headed in exactly the same direction as the one he usually took, and so he pressed on albeit slower than usual as he enjoyed the tranquil beauty of this newly discovered place.

For a while the path narrowed and somewhere nearby he could hear water, just when he thought he might have made a mistake the trees seemed to draw back and he found himself in the most beautiful riverside glade. The grass was green and soft, the sky above him a perfect powder blue. The trees that framed the spot were also covered in blossom, white and pink but some in colours he had never seen on trees before, blue to match the sky and a soft pastel green that was not dissimilar to the grass. To one side the path vanished into the woods again and to the other a babbling stream cascaded over rocks. The vision took his breath away and he cast the bag from his back and approached the crystal clear waters of the stream.

She appeared out of nowhere, or so it seemed to Tan. One moment he was alone and then suddenly she was there walking up from the edge of the stream towards him. She was, like his surroundings breathtakingly beautiful. She was small in both height and build with jet black straight hair that hung in long rivers down over her shoulders. Her face was an extraordinary heart shape and her eyes appeared like dark pools in the midst of her porcelain white skin. Tan felt something shift inside him and he let out a little gasp at the strange sensation.

“Hello” the woman said to Tan. “What is your name?”

“Mine is Joro” like the rest of her the sound of her voice captivated Tan.

“Come. Sit with me Tan” and she sat down on the grassy bank and patted the spot beside her.

“Sit” she said again jarring Tan out of his breathless trance

They sat and talked for a while, she asked him all about his travels, where he had been and where he was going to. He told her about his Grandmother and the sculptures and how he made this journey often but had discovered this path for the first time today. She was easy to talk to, she watched his face with her big dark eyes, smiling and nodding encouragingly. He consumed her in the return, her beauty overwhelming him until he couldn’t contain himself any longer

“Beauty is but a means to an end”

His heart jumped inside his chest and he felt his dick grow thick and hard almost immediately. She smiled up at him and he reached out to touch her delicate face only to discover that his wrists were bound to his sides with a fine white thread which the more he tugged on the tighter it seemed to get and as he tried to scramble to his feet he discovered his legs were bound too.

Joro showed no emotion as she reached over and untied his pants and pulled his penis out from the folds of fabric then she lowered her head and took the full length of him into the heat of her mouth. Tan’s hips jerked and twisted as she devoured him inside her and he finally gave up fighting and slumped back onto the grass letting the sensations wash over him, letting this beautiful woman take what she wanted. Soon he could feel his orgasm tightening inside his testicles and his groans filled the gentle sweet air of the picturesque glade but just before he finally spilled his seed Joro stopped what she was doing.

It took Tan a moment to realise what was happening but eventually he opened his eyes and looked down his body just as Joro lowered her dark spidery body down onto his throbbing shaft. The fear thundered through every part of his body making his heart beat uncontrollably in his chest and his cock harden in such a way that it had never done before.

She hissed with delighted as he bore down onto him taking him deep into her cunt.

“Now you see my true beauty Tan” she whispered too him. “I am the stuff of both dreams and nightmares and I will be the undoing of you”

Tans screams echoed round the woodland glade as his emptied his human seed into the belly of the monster and then he was gone.

Joro sat beside her new toy. Remarkably there was still life left in him. That was rare indeed, usually the fear seized their hearts and she was left with only the warmth of their seed in her belly but this one was strong. Joro checked her weaving, reinforcing sections round Tan’s upper body and ankles and then retired to the warmth of her cave to sleep and wait for her toy to wake again so she could lead him through his dreams and nightmares all over again.

*This story is inspired by a Japanese folk story/legend of Jorōgumo which is a shape-shifting creature that can transform from a spider into a beautiful woman.

Excellent storytelling here. He definitely didn’t anticipate this was how his journey would end. I’m wondering if he’ll regret surviving her

As a couple of you countrywomen would say… “Absolutely Fabulous!” Awesome image too, Molly.

Ah yes I remember hearing about that in my youth. Why men should not be so captivated by the beauty of a strange woman. Of course there are a couple different versions but all ring the same chord. I enjoy how you brought this myth to live in your telling.

Oh my, wonderful visuals and I love how you’ve based it on a legend. Shapeshifting, especially into a spider, gives me the shudders but I did love your story and would love to know what happens next!

A captivating story Molly. I really enjoyed reading it. I used to do storytellng once upon a time and I would have loved to have told this tale. x

Love the image and the story, both are utterly captivating x

Such beautiful descriptions! They made the place so clear in my mind, and if it wasn’t for the lady I would love to go there lol I also really liked how you based this on a folk story.
Aurora x

And also, I love how you wove the story (no pun intended). It was lyrical and beautiful to read (until the creepy spider bit that gave me full body shivers).

wow, that was mesmerising Molly – and the header photo amazing! Love that line “i will be the undoing of you” – yep! x

Yes! I bloody love the idea of shapeshifters (but not werewolves, they’re only good for the bin, lol). I especially love the idea of them using their abilities to trick humans into sex, that moment where they stop struggling and accept their fate whatever it may be is as hot af to me. Really loved this.x

This was such a charming, magical fairy tale, then wham! Absolutely chilling, but I love it! And the picture is awesome too. 😉

This was so effective. It was suitably creepy and the though of the spider really chilled me but your description and the way that you wove the story was brilliant. 😊

[…] A Fine White Thread by Molly Moore had an image that almost made me not want to open the post. (Spiders give me the heebie-geebies.) But then there’s this line that makes it all worth it:  “I am the stuff of both dreams and nightmares and I will be the undoing of you.” […]

[…] good to miss. Both Molly Moore and Ella Scandal added to the spider related posts. Molly with ‘A Fine White Thread’ and Ella with ‘Black Widow’. They both also wrote awesome posts for this week’s […]

[…] A fabulous picture to accompany a traditional tale, both beautifully illustrate Molly’s appreciation for what others might find taboo https://mollysdailykiss.com/2018/10/15/fine-white-thread/ […]