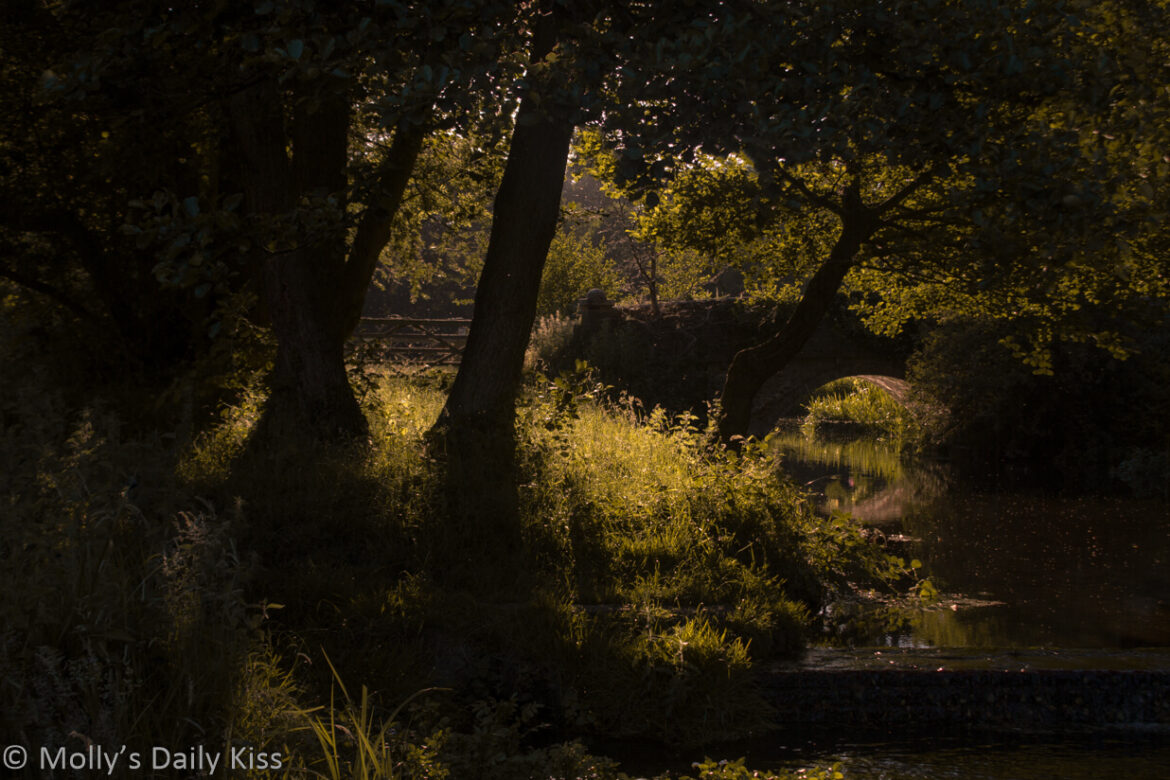 The last time I remember it being hot like this, day after day was the summer of Billy and I.

During the day we would hang out with all the kids returning our respective younger siblings back to our parents in time for dinner. Then we got to leave them behind and go and spend the evening with our mates. While they all hung around outside the pub or at the playground Billy and I would slip away and run down through the fields which swayed with wheat to the stream that ran through the valley below our village.

There we would strip off our shoes and socks and wade into the crystal clear water. Even on the hottest day the water was always cold enough to make us gasp. It was a welcome chill to the constant heat because the summer of Billy and I was the heatwave summer with day after day of scorching sunshine that was only broken now and then by thunder storms that rattled the windows at night and blew the curtains out into the room as it stirred the hot air up into a frenzy. The next day the sun would shine again and the grown ups would complain about the heat but Ester loved it. She wore little summer dresses every day and her skin turned a sultry bronze colour and little streaks of blond highlighted her usually dark hair. She looked ripe and fresh and beautiful and she felt it too.

Down at the stream her and Billy would cool their feet but then one of them would splash the other and they would forget about being grown up and romp around like children until they were both soaked through and then Billy would grab Ester up in his arms and carry her to the bank if the stream and lay her down on the soft grassy bank and there in the dusky summer light they would fuck.

Ester never asked Billy how he knew the things he knew about her body. Especially as she had no idea until he showed her. Even now she still wondered about that but at the time she had been too engrossed in what he did to her to think about asking.

With his fingers he would part the lips of her pussy and gently stroke what felt like every single part of Esters delicate flesh down there until she was squirming and writhing beneath him. Then he would bend his head and lick at her throbbing clit whilst sliding a finger into her wetness and she would moan and spread her legs wider and come again and again in great gasping spasms.

Or he would lay back and she would stroke his cock at first under the guidance of his own hand but then as her confidence grew she would reach out eagerly and enjoy the feel of him growing hard in her now expert grip until her body ached for him and then she would straddle his hips and guide his glorious cock into her body. It is a always felt so good to have him rammed up inside her like that and she would rock her hips back and forth luxuriating in the moment. Billy would pull down the front of her dress, expose her pert little tits and pluck at her nipples in such a way that it made Ester moan and she would reach down and rub at her clit and they would come together and she would coat his dick and pubic hair with her sticky juices.

As the sun dipped below the horizon they would walk back up the fields hand in hand and he would kiss her goodnight in the soft gloomy summer night.

That had been nearly 30 years ago. When the summer finally gave up it’s grip on their lives she had left for university. They had pledged to ring each other and visit but within weeks that was largely forgotten and when Ester returned home the following summer with a faint hope of maybe rekindling things with Billy she was shocked to discover that his family had moved away. She never saw him again although she thought of him often

Seeing her own daughter now heading out the house with her friends Ester realised she was jealous. Not of the friends or her youth but of the carefree nature of her life where bills and a cheating husband were things she couldn’t even really imagine. Ester longed for such a simple life and in the evenings while her daughter hung out with her friend she would walk down through the fields, dips her toes in the cool water of the stream and lift her skirts and remember those perfectly hot carefree days where the only thing she had to worry about was if Billy would remembered the condoms.

I will always be there

Lovely piece of writing Molly. Really invokes the summer and the exploration as well as the sense of time passing.
Indie xx

For me, it wasn’t a stream, but I have a few sensual summer memories like this that I wouldn’t mind reliving.

I wish I had such memories but sadly I don’t

A very enjoyable refreshing story. Your skilful writing evokes those mrmories of that joyous summer so well. x

To be honest I wish I had a memory like this.