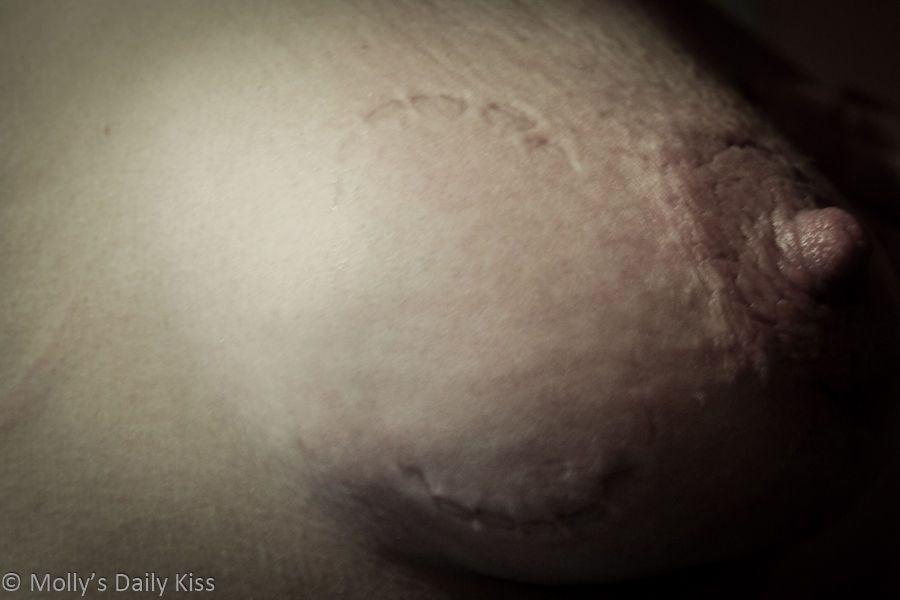 I used to be a biter. In those passionate moments just before my orgasm would hit, my sharp little teeth would seek out flesh and bite. It wasn’t a controlled thing or a planned response, it was far more primeval and instinctive than that. I had left lovers marked. One had come to know my response to his fucking and would hold me down at just the right moment, keeping out of reach of my mouth, issuing warnings not to bite. It only served to turn me on more and did nothing to control my biting urge whatsoever but that was then and this is now.

I bite no more, or should I say rarely. Sometimes if I am too far gone, completely lost to myself, it will happen and for the most part I am excused those lapses in memory, for the most part. He knows that I have heeded the warnings, experienced the reprimand and learned a lesson.

He rarely punishes me. Not in the truly basic sense of that word anyway but when he does, it tends to imprint itself on my brain. It has power and meaning and is rarely easily forgotten but then that is the point of it isn’t it?

He had warned me, repeatedly in fact,

Clear communication that I partially heeded but somewhere in my brain it felt more like a challenge and maybe it was, maybe he wanted to teach me this lesson to show me that when he set a boundary he really meant it. Maybe he knew that without the lesson I would never truly learn and always treat it as a naughty game to play, a trick to turn to provoke him, a tool to manipulate him into a response and I think he knew that.

It is not like it happened all the time. I did listen to the warnings but, well I guess I got caught up in the moment and forgot myself. Sharp little teeth nipped at his arm and shoulder as he fucked me through my orgasm and then emptied his balls into me. He didn’t flinch or say a word, it was like it had never happened apart from the evidence of my little habit on his skin.

As I lay in his arms afterwards, flushed with heat from our coupling, he slowly and gently caressed my arm and back, tracing lazy patterns over my skin, until I was so relaxed that I almost felt like I was floating in that post orgasm, post fucking bliss. As I drifted in and out of that hazy fog I didn’t really notice him shifting out from beneath me but his hands on my wrists spreading my arms open on each side of my body got my attention as did his teeth finding my flesh biting me.

That night he held me down and bit my arms and shoulders all over until there was barely a piece of flesh left unmarked. At first I squirmed and giggled but that soon turned to moans of protest and thrashing beneath him as the bites became harder, more intense, one building atop the other, until my skin throbbed with heat and red angry teeth marks decorated my skin. Even when tears rolled my cheeks and my cries for it stop filled the air he carried on; Determined, focused and completely in control. Over and over again he feasted on my flesh and beneath his clawing tearing treatment I subsided into submission and in that moment I knew so very completely that I was his and that I loved it.

The bruises ripened and deepened over the next few days, my arms and shoulders ached as if I had spent hours at the gym working out. I nursed them, touching them, watching them bloom and fester before finally fading and vanishing from my skin but even now, 3 years on, they linger in my mind I can still see and feel them as clearly as if they still grace my skin.

I have never ever bitten him again but I can’t say the same for him biting me. 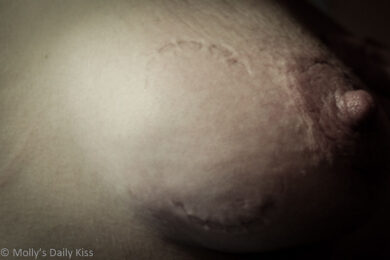 It is one of those fine lines…how much pain is pleasure. It is certainly not for all.

Lesson learned I think!! Seems you enjoyed it just a little bit too though…?

Lesson learned, perhaps, but I think it may go back to the age-old question: is it truly punishment if the one being punished enjoys it? 😉

I’ve bitten Daddy before and he has hated it! Marks of any kind always get me a punishment, and rightly too. Lovely to see evidence of the ownership on your skin but I imagine I’d have hated getting them. Nice to see you learned your lesson 😉

I shivered, thinking how hard he must have bitten you for you to cry. I cannot say that I like to be bitten, but when Master T does it, I shiver and feel myself go wet.

Oh, but I would have really disliked having to give up my biting! But reading this made me incredibly wet. Hmm…

Thank you for sharing this experience.

I love a nice bite. Variety is the spice of life and vibrators enhance that feeling.

I seem to do it far less now, although I have a rampant response to being biten, a real love-hate, stop-no-don’t-stop reaction. Nom. x

Being bitten is beyond a hard limit to me. Doing that to me would kill the moment and could kill more. Strange that some people actually like it.