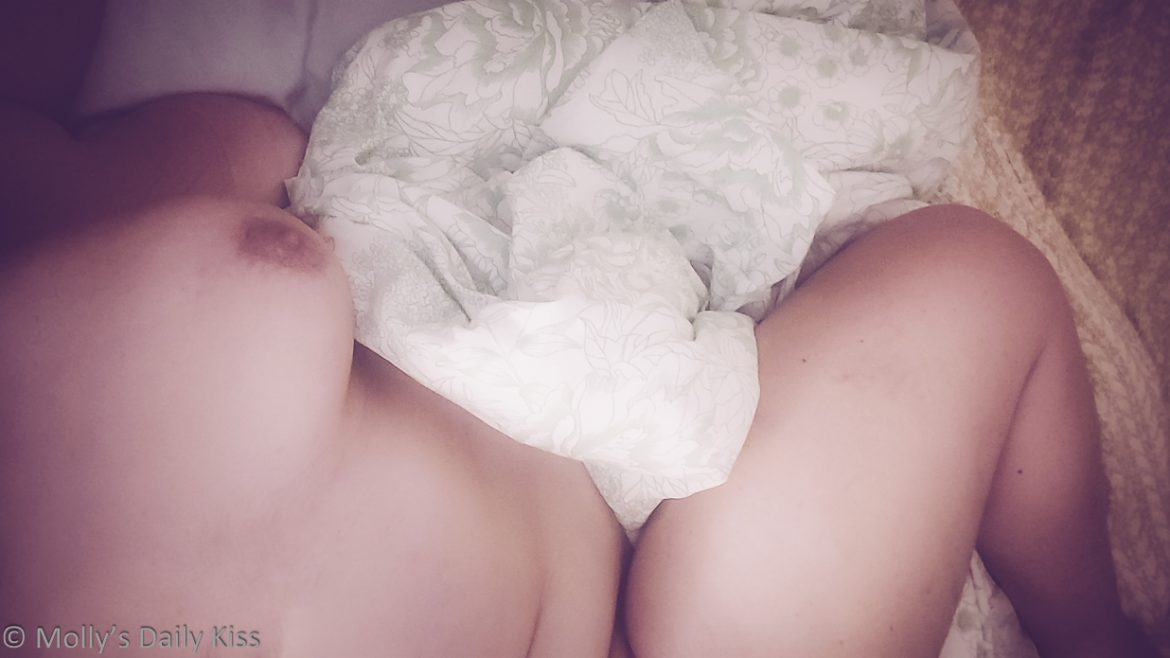 “One day a week I seek to rest
from earthly toil and sorrow.
Revitalized, I find the strength
to battle new tomorrows.”
~ Richelle E. Goodrich

I was maybe meant to be going on date tonight.

On Wednesday I messaged the man in question and cancelled. He took it well and wished me all the best. I then deactived my dating profiles on OK Cupid and on Feeld.

I have been debating doing it for a while now but it I think there was part of me that felt if I did I was giving up on the idea of anyone shagging me anytime soon but I have since realised the idea that the dating apps were a potential or a promise of sex was mostly an illusion. In 9 months and maybe 15+ dates I have meet 3 people I was attracted to enough to want to arrange a 2nd date and only one of those turned into sex. Add into that the current situation with Covid and it was just a huge source of anxiety and worry rather than fun and adventure.

The funny thing is since Wednesday I have felt so much better. I knew that I mostly found dating stressful and the apps were a source of frustration and disillusionment but it wasn’t until I deactived them that I realised how much of a negative impact they were having on me. I went from tearful and anxious to a feeling of calm within about an hour or so of turning them off. I thought it might be just a reaction to the initial relief of making a decision but two days later and I still feel the same. Actually that is not true, I feel even happier about my decision.

I tweeted these words earlier in the week

I have disabled my dating profiles on OKC and Feeld. Nothing about it was making me happy. In fact the complete opposite. I am not sure what is next but for now it does not including dating and dating apps.

I am not saying I won’t ever go back. Maybe the spring will come and I the Covid fears will diminish and I will give it another go but for now I want to focus on the things I do have in my life that make me happy.

When I saw that Floss’s prompt for her new meme this week was ‘revitalised’ I realised this post would fit perfectly. I don’t know if I would go so far as to say binning the dating apps has revitalised me but I definitely feel a sense of relief, like a weight has been lifted. I feel like I can concentrate on other things for the first time in ages. I am very happy with my decision. It was definitely the right one for me as of now. So whilst I might not be fully revitalised by taking a rest from dating and dating apps I feel like is was the first (big) step in that direction.

It sounds like you made a good decision for yourself! Glad you got some relief.

I’m so glad you were able to make a decision that felt right for you and has brought you peace.

Making a decision and acting on it is a powerful thing. And a sense of calm is utter gold dust.

I think those small steps that bring us a sense of relief or a boost of energy, however fleeting, are really important. I’m sure we’d all love a big magic rejuvenation button (I know I would) but in the absence of instant solutions I think we just have to do what we can, bit by bit, one day at a time. I do think spring can’t come soon enough though, for so many reasons I think it will be lifting for us all x

I am so glad I don’t have to be in the market to find a new partner or even someone to shag. I found the experience hard enough, not in a pandemic. I’m glad you feel better after deleting the apps. I’m also sure that your time to meet people will come, but maybe this just wasn’t the way for you.

I’m so glad that you are at peace for now.
You deserve the best, and sometimes you have to wait for it to come to you.

Hang in there, I’m pulling for you.

I resonate with this post and your experience so much right now. I just deleted all of my dating apps and feel so much better. I’m also reevaluation ethical non-monogamy. It’s been unhealthy for me to hope and hope on these apps for safe fun connection during COVID but the anxiety of it all including how it affects my primary/only relationship is such a relief to get rid of. Honestly reading sex blogs has been a major balm and inspiration to write myself and enjoy people through reading.

Thank you for this comment. It has been nearly a week now and continue to feel huge relief about turning of the dating apps. I need to think more about ethical non-mono and if it works for me but at the moment I would say that my experiences of it in the last 2+ years have not left me feeling very nourished or happy

I understand this feeling completely. Right after my breakup with V I got back on OKC almost with a vengeance – well it really was that way. I needed to feel *something*. And in the past I had had pretty good luck with it. Not as in finding a partner, but in having some nice dates. But. The reality is dating DRAINING on me. I don’t love it. And this time around the app became like social media – making me anxious, depressed and uncomfortable with myself. Turning it off was such a relief. Good on you for taking care of yourself.

I admire you for this. Over the period of 2 years I have been ghosted many times, had conversations lead nowhere and fizzle out when talk of a simple coffee date arises. I’ve had budding relationships that have ended abruptly due to personal circumstances changing. It is draining in so many ways. I had given up hope and then as Modesty so aptly puts it “Suddenly when one least expects …!!!” happened. Enjoy the much needed break and refresher and hope you do find what you’re after eventually. Your photography is inspiring as the picture shows. M xx