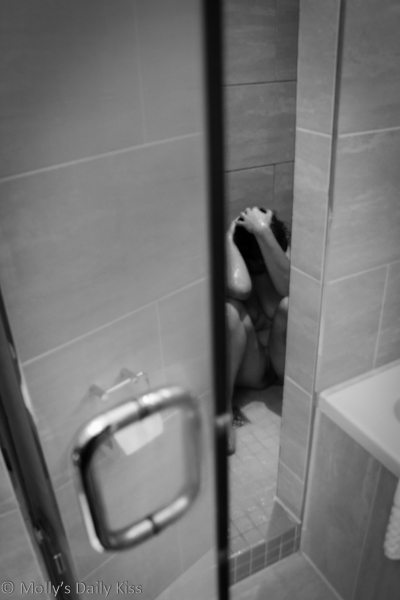 I confess that I have a rape fantasy.

In fact I have more than one. They all differ slightly, there is darkened rooms, shadowy faces, slow exposure, examination and then a calm but purposeful deflowering. Other times it is one person, gloved hands over my face, manhandling, knives, whispered threats to behave or else, a lifting of my skirt, an unzipping of his fly…. just writing those few random words is making me wet. These fantasies change, little parts of them become hotter to me than others, sometimes I will daydream a whole one through and other times I just replay little snippets in a loop in my head. Weeks or months will go by without me giving them a thought, at other times they will crowd my horny dark little brain for hours on end.

Before I continue let me just make a couple of things completely clear. I have never been raped, abused (apart from consensually which is not what I mean when I use the word abused in this sentence) or sexually assaulted. I don’t know if I am lucky to be able to write that or not but I do know that I am glad that I can write that sentence and as a Mother of two I hope that my children will also never experience the horror of such an act being perpetrated against them. Rape is an abusive, horrific, unacceptable crime. The point I am trying to make here is, by having these fantasies and writing about them openly I am in no way condoning the act of rape or any form of sexual assault.

I don’t want to be raped. I know, I just said I fantasised about being raped but my fantasies are just that, fantasies. Oh I know what you are thinking now, but Molly, you have written here on this blog about consensual non consent play and so surely in that regard you are experiencing you fantasies for real? The answer to that accusation is no, I am not.

I am not keen on calling it ‘play’ that word seems to have frivolous connotations that don’t fit with this subject and yet there is an element of play about it in the sense that it is playing around with fantasies, scenarios, boundaries and desires. The consensual non consent that we indulge in is not something that we just jumped into but is a result of many hours of talking and negotiating our thoughts, feeling and desires when it comes to this subject. For me it has meant voicing many of my fantasies aloud, fantasies that I have harboured for many years, secretly hoarding them in my mind, sharing them with no-one. Feelings of shame, fear of judgement, that niggling sense that my mind was depraved, kept them firmly as my secrets. Even now, when I know that those fears are not founded it can still be a challenging subject to be open about, not just in my writing but even, at times, with him. There is without a doubt, a fear factor when it comes to this subject, we all have a strong sense of self-preservation, owning up to your desires, even when they scare you, means to some extent having to suppress that instinct to keep yourself safe by staying silent because the only way to explore this subject is to be honest about it, to own your thoughts and share them openly and honestly, not matter how difficult that is. Clearly finding the right person (s) to do that with whom you can trust to really hear you and want to explore your fantasies with you is key. I know I am lucky to have that person.

I get off on so many aspects of consensual non consent, fighting back and saying ‘no’ to what he is doing is a regular part of our ‘play’ and as I have written before is one of the reasons that a safeword is so important for us. If I am to be able to truly explore that kink then I need to be able to protest both verbally and physically as if I really mean it. If no meant no, then that would not be possible.

Despite all this, I know I don’t truly want to be raped in the completely non consensual sense of the word. The thought makes me shudder, and yet, somewhere, if I am truly being honest, down between my thighs I am wet. My mind registers fear and horror at the thought of it happening for real and yet that fear and those horrors also turn me on. It is a hard place to find oneself but I am lucky. I have a partner who allows me to explore these things, who will use my fantasies, even the ones that really scare me, against me for our mutual pleasure.

However there is another reason for me writing this piece, the main reason in fact. The UK government wants to criminalise my fantasies.  New proposed legislation by our esteemed (insert, moronic right-wing fool ) Prime Minister David Cameron will mean that

Cameron claims that he wants to

“change how women are depicted in these films — he hopes that cutting down on rape pornography it may change sexual violence in the country.” (1)

“Rape cases in India have doubled between 1990 and 2008” (2) (although my suspicion is this rise is actually a reflection of an increased willingness to report rape to the authorities, rather than an increase in the act itself. I suspect the rates of sexual violence against women in India have always been high but that with increased information and education about this issue, particularly rape within marital relationships, women are more often coming forward and reporting the crimes committed against them)

Whereas in the USA

I could go on and on in this vein but although the increasing amount of statistical evidence seems to point to the opposite of what Cameron is claiming there is still not enough to say for sure, however I couldn’t find any statistics that supported the current UK governments claims. (if anyone knows of any I would be interested to read it)

Of course there are other issues;

Who defines what is rape pornography?

I don’t mean images of actual rape but simulated rape. Does a picture of a woman tied up = rape porn. If so then this legislation will be criminalising the viewing of all acts of bondage.  Where will we draw the line? Are gags OK? What about a blindfold and handcuffs? If the woman is being held down is that simulated rape? Oh my, what if the man is being held down? Is that simulated rape? Or is this law only for simulated rape of a heterosexual nature where the woman is portrayed as the ‘victim’? If this is the case, then this legislation is truly a misogynist act wrapped up with the pretty packaging of ‘protecting women’ because we are so vulnerable and feeble we can’t manage it on our own?!  As with all these things, it is subjective and therefore it should be left up to people to make their own judgements and decide what they want to view and not allow some government civil servant to decide, using his own prejudices, on our behalf.

How will this be enforced?

The only way for this to be enforced is for police to view our browsing history and or for governments to track everything you look at on the internet. Something they claim not to be doing and yet….

And what of this

I suspect the fact that this is a common female fantasy probably comes as a shock to Mr Cameron and his band of cronies and is a fact that he absolutely does not want to hear. In addition I can’t even begin to imagine what would happen to his tiny mind with the information that there are many men (both straight and gay) who also have non consent fantasies in which they are the ‘victim’.

Bringing these laws in is not going to stop me, or anyone else from having these thoughts, ideas and fantasies. Nor is it going to safeguard me, or any woman from, sexual assault. The best way to do that would be to encourage an open and honest educational conversation about the issues surrounding consent, a conversation that should be a key feature of any sex education program for young people.

I am sorry this has turned into a long piece, if you must know this is the edited shorter version. The issues that this debate raises is many and complicated and I have only touched on the subject here. I urge you to go and read this brilliant piece by Jeremy Cave called Freedom of Thought, Pornography and ‘Cultural Harm’ as well as this piece in The Wire that also seems to be written by someone who has some common sense and finally this really interesting review written by John H. Richardson of PERV: The Sexual Deviant in All of Us by Jesse Bering which contains some very interesting facts pertaining to this subject., facts that I am fairly sure the UK government would like us ALL to ignore.

If you live in the UK, this should scare you. It is yet another step in our governments obsession with our sex lives and our use of the internet. If you are a part of the kink or BDSM community this should also scare you. Your kink might not be my kink but trust me when I tell you that David Cameron has no intention of honouring the sentiments of that phrase and it is only a matter of time before your kink will be on his list. If you don’t believe you have a voice, or feel too scared to use it, then we are all certainly doomed to the censorship machine that this government is turning into but I would urge you to at least try. Talk to your friends about this, talk to your children (in an age appropriate way) about consent and healthy sexual exploration, write about this subject, write to your local paper, your local MP, your MEP (I believe they still exist and cost a LOT of tax payers money) Silence will not make this go away.

Oh and finally, if you are not in the UK don’t think you are off the hook. Many of the advanced nations on this globe are watching this with interest. England is potentially the test case for the rest of the world on this issue, if it happens here the chances are it will be winging its way to a country like yours very soon.

I confess, I have a rape fantasy and my government wants to make my exploration of that a criminal act. 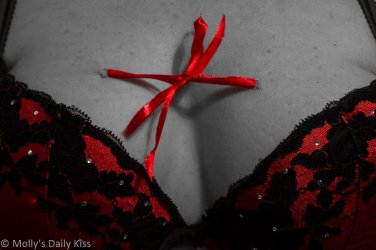 A Staple in my Life – A Guide to Medical Staple Play

It was my idea. I bought him the medical staple kit as a Christmas ...

Thank fuck it is Friday…. this is a weekend I have been so looking ...

Words are powerful. I have known this since I was a child when I ...

7th December 2011 Hopefully you remember I was the proud winner of the October ... 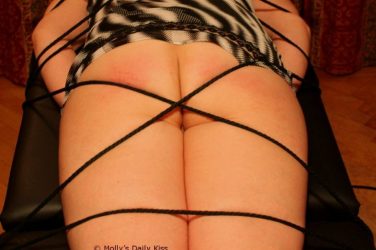 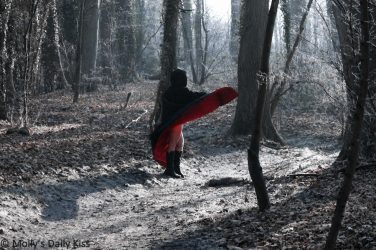